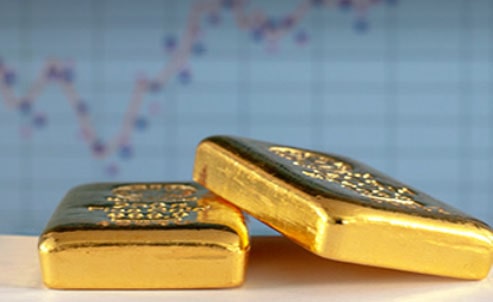 Gold in comparison to other commodities

Gold's distinctive traits are what set it apart from other commodities, making it a safe-haven asset like no other. Historically, gold has delivered positive performance over the long term, because its minimal or negative correlation to performance of other assets.

1. 1. Risk-adjusted returns:
Gold's use as an investment and jewellery/adornment has helped deliver annual average returns of about 9% over the last 10 years (2009-2019). This performance is comparable to that of stocks but ranks higher than that of Indian bonds and commodities. Since 1981, gold's average annual return of 10% has surpassed India's consumer price index (CPI).

2. 1. Hedge against inflation:
During times of inflation, gold holds its own by acting as a hedge against market risks. In contrast, many other assets fail to protect portfolios when the market turns volatile. - During the global economic meltdown of 2008-2009, Indian stocks, real estate, and most portfolio diversifier commodities plummeted. SENSEX tumbled 56% between December 2007 and February 2009. Over the same period, the price of gold went up by 48%. 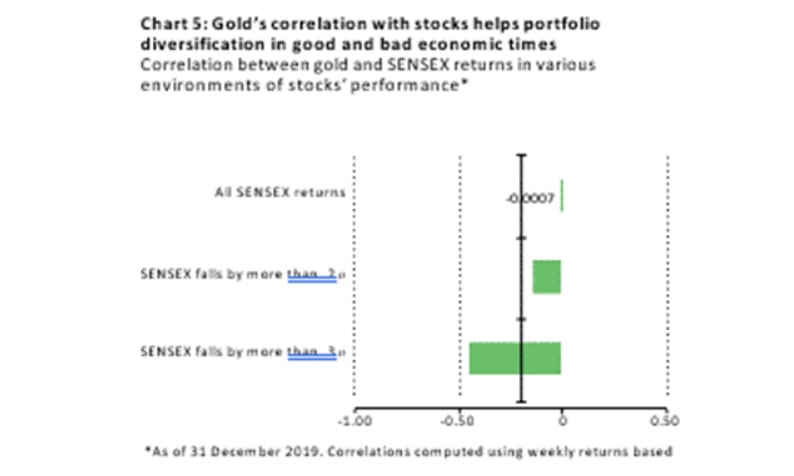